Home > Covered California: Everything You Need to Know

Covered California: Everything You Need to Know 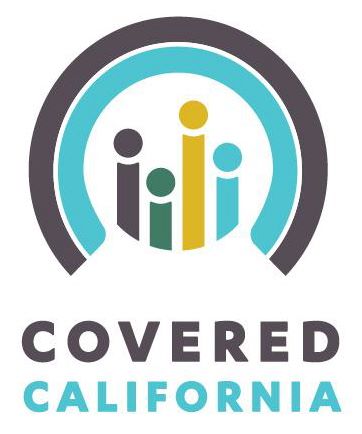 Health insurance in the United States is changing, and the change is coming to the State of California sooner than anywhere else. In coming months, the issues are going to move beyond politics and talk radio, and become a real part of your real life.

It may seem like a daunting topic to dive into, especially if you have not been following it closely for the past two-and-a-half years. Many politicians are so divided over the legislation that it is hard to know whom to believe, and much of the industry information is saturated in complicated language.

With just over a month before open enrollment begins in California, however, it is time to figure out what changes are really happening, and how it affects you and your family.

History of the Affordable Care Act and Covered California

The Patient Protection and Affordable Care Act is the official title of the new laws that are about to change health care in the United States. You may have also heard it referred to as:

This reform has been in the works for about four years, since it was introduced in the House of Representatives on September 17, 2009. Here is a brief history of the national law, and how it came to California:

This past October, the board of the California Health Benefit Exchange established the more consumer-friendly moniker Covered California.

In short, Covered California is how the Affordable Care Act – a.k.a. Obamacare – is coming to California.

Even though the reform is moving forward, there is still a lot of debate and disagreement surrounding it. The two main focuses of this debate are:

Legality of the Affordable Care Act

Those opposed to Obamacare have argued that law is unconstitutional because of what became known as the “individual mandate.” The individual mandate is the part of the bill that requires everyone to have some sort of health insurance coverage, or pay a penalty. Opponents questioned the legality of the federal government requiring private citizens to purchase health insurance.

These arguments were largely put to rest in June of 2012, when the Supreme Court of the United States (SCOTUS) upheld most of the law. SCOTUS decided that the individual clause is a tax, not a mandate, and that individual states cannot be required to participate in the ACA.

Since June 2012, two new contentions have surfaced based on the legality of the law:

Taxes Originate in the House

In September 2009, the House of Representatives passed the Home Ownership Tax Act. When the bill went to the Senate, it was amended and renamed the Patient Protection and Affordable Care Act. In March 2010, the House agreed to the Senate’s changes. The bill as the ACA, then, originated in the Senate.

None of that would have mattered until the Supreme Court, in their June 2012 ruling, declared that the “individual clause” is a tax. The U.S. Constitution requires that, “all bills for raising revenue shall originate in the House of Representatives.”

IRS Rule: The ACA’s Impact on the National Deficit

No one wants the ACA to add to the national deficit. To avoid this, the law would be implemented by state governments, in state-run exchanges, shifting the cost of the program to the state governments. If a state declined participation in the ACA, the federal government would then be forced to set up a federal exchange to offer consumers in that state.

However, 34 states have decided not to set up state exchanges, which leaves a lot of health insurance reform up to the federal government to fund. The IRS – on May 23, 2013 – established a rule allowing subsidies for consumers in federal exchanges anyway. Opponents argue that the IRS does not have statutory authority to change laws.

The state of Oklahoma has filed suit against the federal government to establish that point.

The financial impact of the ACA is still being discussed on an individual and a national level. Rates are being released in a few states, including California, who have already set up state exchanges, but it may be hard to assess the change until enrollment actually begins.

Economists and politicians have been arguing for years whether the ACA will make healthcare more or less affordable for the average consumer.

Supporters argue that healthcare will become more affordable for the average individual and/or family for several reasons:

Opponents maintain that insurance rates will increase for the average consumer for two reasons:

National Financial Impact of the ACA

In September of 2009, President Obama told a joint session of Congress:

“First, I will not sign a plan that adds one dime to our deficits – either now or in the future.”

However, opponents are now saying that because over half of the states have refused to set up state exchanges, the federal government will be forced to bear the majority of the expense to set up federal exchanges for consumers in those 34 states.

From Talking Points to Real Life

While debate rages and lawsuits are filed, however, health care reform marches on, especially in the state of California, where open enrollment is slated to begin in October, 2013. So what is actually happening?

Here are the three big things you need to know:

The ACA makes some new requirements of health insurance providers, effective immediately, including:

Obamacare requires every plan offered by every insurer to include “essential health benefits.” These are items and services within at least 10 categories:

“Preventative services” includes contraception, unless the employer is a church or house of worship. Other details about each category will vary by state.

Your right to choose your own medical providers is protected (for policies written after March 23, 2010) by the ACA in three ways:

In addition to new requirements, the law also now prohibits the following:

“Insurers must justify premium increases. Insurance companies are required to spend 80 percent of premium dollars on quality health care, not administrative costs like salaries and marketing.”

Starting in 2014, insurance providers will have to provide policies that conform to four tiers of coverage, with a choice of plans in each tier:

In California, multiple companies have been chosen to work with the Covered California exchange:

These 11 companies will all offer a variety of plans in each of the four tiers. Premiums will vary within the tiers, but coverage will not. This will allow consumers to easily shop for the best health insurance policy in their budgets, by creating a simple way to compare apples to apples. It will be like shopping for the same car at 11 different dealerships.

The following table from Covered California shows an overview of average premium rates for Silver plans across the state:

In addition to these four metal tiers, some consumers may be eligible for a Catastrophic plan. These plans:

How Does Covered California Apply To You?

Now it’s time to get specific. What is Covered California going to mean to your life as:

Covered California for Individuals and Families

First of all, if you already have insurance, you don’t really have to do anything. Covered California may be a benefit to you, though. Here are some things to consider.

If you get insurance coverage through your job, and you pay more than 9.5% of your household income toward premiums, you may be eligible for financial assistance through Covered California. Covered California will look at your existing coverage if you apply, and determine if your current coverage is adequate and affordable.

If you currently pay for your own health insurance, you may be eligible for financial assistance. You must purchase a new plan through Covered California to qualify for that assistance.

If you do not have health insurance, you may either purchase a health insurance plan through Covered California during open enrollment, or pay a penalty at tax-time. The amount of the penalty will increase every year, but will never exceed the national average of a Bronze-tier premium.

For the next three years, the uninsured will pay a percentage of their income, or a flat fee, whichever is greater:

There are exemptions. People who qualify for the following exemptions would not be required to purchase health insurance or pay a penalty:

The ACA improves health care for senior citizens in many ways, including:

The reform also adds safeguards and protections for seniors in nursing homes and assisted living facilities:

Covered California divides small business into two categories, based on their sizes: those with one to 49 employees, and those with 50 to 100 employees.

Businesses with 10 or fewer full-time equivalent employees, who are paid $25,000/year or less, are eligible for the maximum tax credit.

Non-profits and tax-exempt employers have to meet the same requirements to be eligible for tax credits, but their credits will be lower.

Small businesses with 50 or more full-time equivalent employees will be required to provide health insurance, or may face penalties starting in 2015.

Employers that do provide insurance will still maintain control over what level of insurance is offered. The employer will select the metal tier they are willing to offer, and employees will be able to select from available plans within that tier.

No two people – and no two families – have the same health care needs. Health insurance can be a particularly difficult subject to navigate for people with pre-existing medical conditions, and for low-income individuals and families.

Starting in 2014, no one can be refused health insurance coverage. For people with pre-existing conditions, this means:

There has, traditionally, been some wrangling over the definition of the term “pre-existing condition” for insurance purposes.

However, once the law takes full effect in 2014, that definition will lose its importance. Under the law, no one can be denied health care insurance for any reason, including an existing medical condition. – WebMD

Tax credits are available to low- and middle-income individuals and families, based on a sliding scale. Tax credits are applied at the time of enrollment, to reduce premium cost. Consumers will not need to wait until filing a tax return at the end of the year to see these savings.

Now that you know where Health Care Reform has come from, and where it is going, you are in a great place to make the best decisions for your and your family.

Here are a few tips and steps to help you get ready for open enrollment:

If you have any questions, or you are still unclear on how coverage works, we would love to help. Call 800-585-1776 or send an email to [email protected]