Home > Blog > What Are Some Notable Disadvantages of a Health Benefit Exchange?

What Are Some Notable Disadvantages of a Health Benefit Exchange?

The Affordable Care Act, set to take effect Jan. 1, 2014, has changed the way America purchases health insurance. Online exchanges have become the norm, functioning much like popular travel booking sites and allowing people to compare premiums, deductibles and plans side by side. The goal is to allow every American access to affordable health insurance, improving wellness and life expectancy while reducing costly emergency room visits and budget-busting medical bills for the uninsured.

However, while the ACA certainly has its advantages, there are some notable drawbacks of a health benefit exchange.

It Could Actually Drive Up the Cost of Health Care 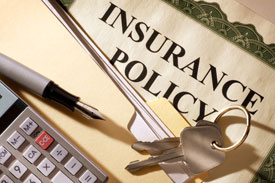 Long touted as a way to drive down rising health care costs, the health benefit exchanges might actually have the opposite effect. More people enrolled in the various health plans translates into more people receiving costly care. To recoup expenses, insurers might be forced to raise their rates and drive premiums even higher than they were previously.

Insurers Have an Incentive to Be Sneaky

The health benefit exchange was designed to allow people to comparison shop, but there isn’t enough emphasis on smart shopping. Many Americans, confused as to how the entire process is meant to work, will certainly look first (and perhaps only) at the premium amount. This forces insurers to compete to offer the lowest monthly price – something that might be accomplished by attempting to hide costs that will later be passed onto the consumer without their knowledge.

The Exchanges Are Plagued With Tech Problems

Originally rolled out Oct. 1, 2013, the main ACA site was still having issues well into December. Many would-be users weren’t able to get through at all, while others were booted off the site before completing their application, leading to a total reset the next time they managed to log on. Some states have been having significant problems as well: As of late November, Oregon hadn’t enrolled a single person in its exchange. So although billions of dollars have been spent on these online exchanges, they still aren’t running at full steam.

Many Will Choose To Pay a Penalty Rather Than Enroll

Americans who choose not to be covered under a qualified health insurance plan by March 31, 2014, will be assessed a penalty. However, the penalty is the same as a year’s worth of the lowest tier’s insurance premiums. Especially early on, any people will simply choose to pay the fine ($95, or 1% of your yearly household income, whichever is greater, with yearly increases until 2016 when the penalty is expected to top out at $695, or 2.5% of income) rather than comply with the insurance mandates. This defeats the law’s intent.

The Affordable Care Act will surely go a long way to help solve the health care crisis our nation faces, but the health benefit exchange is not a total fix. Still, our leaders remain convinced that, while it’s a work in progress, it will help more than it hurts.